Welcome to this year’s Conference. Download/Preview the Conference Program Book.

Produced by the City Of West Hollywood

Special Morning Session:
The “Just Get It” Series Presents: Lead From Within

Athlete activism is an ever-evolving phenomenon that today looks very different from when we started the conversation a year ago. How can athletes and laypersons understand the power and necessity of activism in achieving social change, and to reframe volunteerism and service as an effective act of dissent? This panel discussion will share the stories of athletes, coaches, and executives in the sports industry who have found their voice and used it to support causes they believe in while highlighting Play Like a Girl programs and sharing how athletes and those passionate about sport can propel efforts to level the playing field for girls and women in sports.

Presented by Play Like A Girl® as part of the United State of Women Summit.

What is the role of men in feminist activism? With the emergency of #MeToo and Times Up, the call for men to be engaged in the fight for sexuality equality and feminist activism has grown. However, what roles can men play in feminist spaces? What makes someone a feminist? And, most importantly: how can we engage more men to take up feminist causes? This panel explores the various roles and causes men have and can play in feminism, and points towards future ways to engage men to fully fight for gender equality for all.

How to Build a Movement

Inspired to your activism to the next level but not sure what to do next? How do you go from resistance to creating real change? Hear from a panel of change makers who have created impactful movements from grass roots campaigns to non-profit organizations!

Starting a business can be an exciting pathway to economic freedom and advancement for women but how do you really take a passion and make it a profitable business? Learn from an expert panel of entrepreneurs about the myths, the good stuff, the not so good stuff, and how to navigate it all successfully.

Did you know that only two states needed to ratify the Equal Rights Amendment? Equal Means Equal is an active campaign to pass the Equal Rights Amendment. This workshop will include a screening of a 30 minute version of the award-winning documentary film Equal Means Equal as a primer. Learn how you can take action in this movement to obtain equal rights for all women.

How to get Appointed to a Board or Commission

Ever wonder about how you can become part of one of the City of West Hollywood’s Boards or Commissions and what exactly they do? Get the insider scoop from City appointed officials! Learn about County, State and Non-profit Board Service Opportunities too! 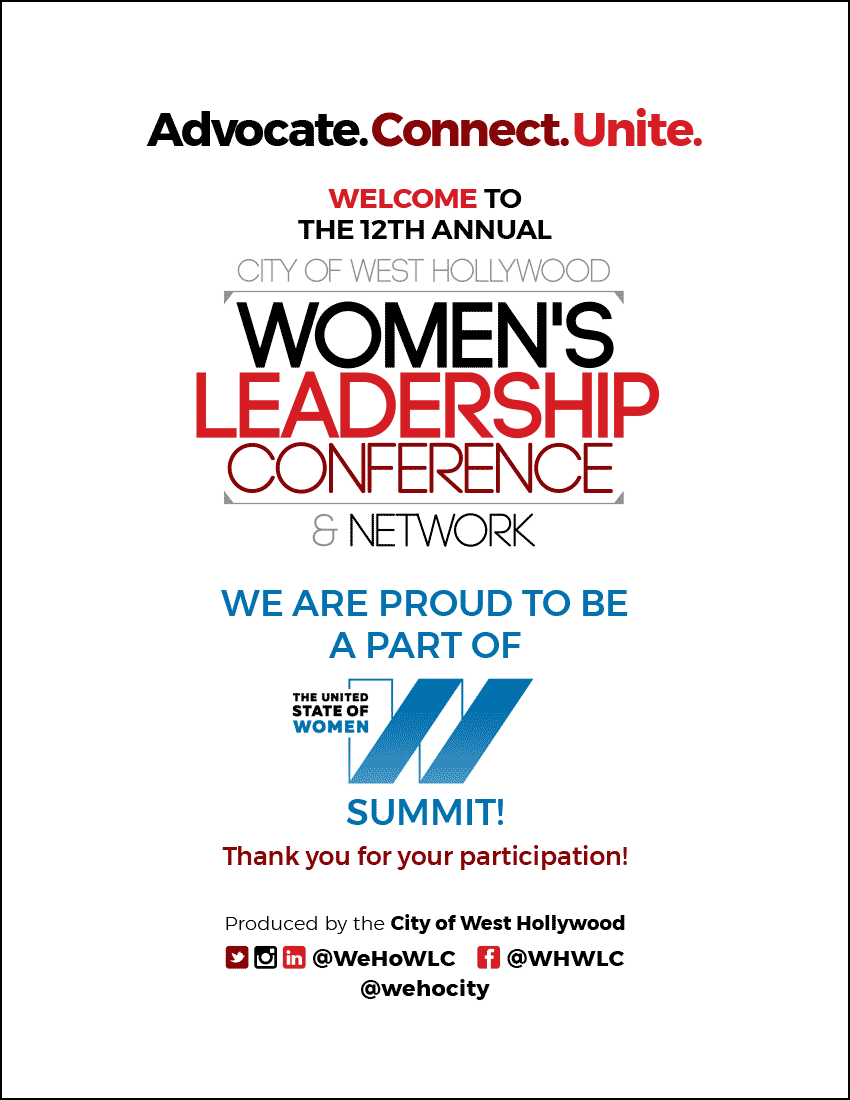